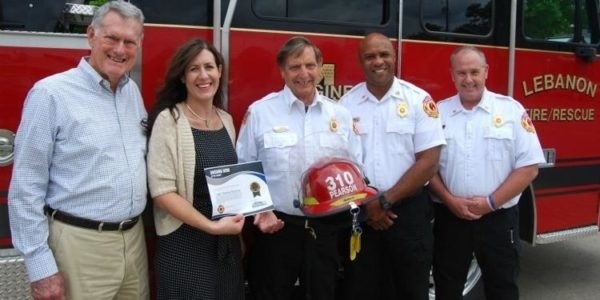 From left, Don Scott and Ashley Guthrie of Don Scott Insurance in Lebanon present Lebanon Fire Department Capt. Tommy Pearson with the Unsung Hero of the Month Award for July as witnessed by Lebanon Fire Chief Chris Dowell and Assistant Chief Jason Baird. Pearson joined the fire department on Sept. 1, 1974, and after a 44-year career, hung up his helmet July 1. The most rewarding part of the job, Pearson said, “was helping people when they were in trouble.” Noted Dowell, “Tommy has come up all the way through the ranks and been instrumental in the training department. He made my job a whole lot easier when I became chief in 2007.”